With or Without Children Communication is Necessary for A Happy Relationship

Are Couples Without Children Happier than their Child Rearing Counterparts?

We all may wonder if the other side of the fence is greener in our lives. That is completely normal behavior. Are Mark and Mary happy with their white picket fence and 3 beautiful children? Are Crystal and Allen happy with their dog and globe trotting ways? It all varies but we are going to delve into whether couples with kids are happier than couples without children.

What do the Studies Say Regarding Who is Happier? 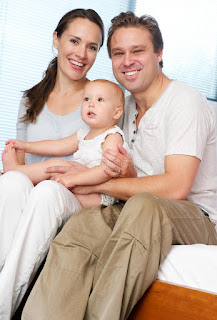 This may come as a surprise, it shouldn't study everything as human beings. Recently, there has been some studies regarding happiness with kids and without. There has also been monitored discussions about whether couples with children are actually more unhappy than childless couples. In a study called “Enduring Love” by the United Kingdom’s Open University, it was found that couples without kids are not as unhappy as we once thought. We assume that people without kids are feeling a void of some sort. We all think that all people want the same exact things in life. This however is just not the case. https://www.bbc.co.uk/news/av/uk-25732458 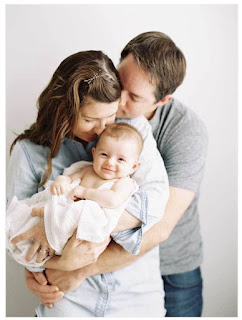 In society, we are raised to think that we need a spouse, 2.5 kids, house, dog and a yard to feel fulfilled. The study was paid for by the Economic and Social Research Council. The study included more than 5000 participants of all ages and sexual orientations who are in a long term relationship. This gives a broad spectrum of exactly what people of all kinds of backgrounds really feel about child rearing and whether it has an impact on their overall level of happiness.

How I Feel on the Situation

Myself, I personally feel like I am missing out by not having kids. I want kids and that boring life to be honest. I like to have a steady partner who will marry me and want kids with me one day. That looks bleak every day however as Chenango County guys  and Broome county men are not exactly as “loyal and faithful” in their relationships as I am. This is not to say they all cheat. They may just enjoy leading women on and making them think they will stay with them when they just needed a boost to their self worth or income for a while.

My Own Life and Dealing without Kids

I was shocked as my latest long term relationship went down the toilet when he up and abandoned me and my dog on my birthday. He was really having fixed thoughts that no matter how much attention, love and security I gave him, I could not change. He actually thought I was doing insane things to hurt him. I wouldn’t drive an hour to see someone that I am going to try to hurt first off. He decided to abandon me and my dog and began thinking I had been hacking him, having relations for money😂and I am a man hater. He literally ditched me on my birthday and ruined it. He is in hiding and after 9 months together, I am still shocked someone could do that. I’m not looking for pity. I am just saying that he stomped on my heart and put it in a blender. My dog ran away because he was so depressed and ended up in the Broome County Dog Shelter. https://www.gobroomecounty.com/shelter

Enough about Zorrbabe What does the Study Say?

Some of the findings were shocking because children are thought to be the ultimate source of fulfillment. They still are, this portion of the study focused on the interactions between the couples and how they get along. Some of the findings were that those in a relationship who have not had any kids yet, feel more valued each other than their counterparts who already had children. They tend to listen to music together more, dance together and do things solely to make the other partner happy. They were able to focus completely on the relationship they had with each other rather than forcing each other to be together because of a child. Many people stay together in miserable, unhappy, toxic and sexually dead relationships way over their expiration date because they have kids.

Overall , They are more satisfied in their marriages and overall were happier in their relationships in general. Both the ladies and the men felt this way about their relationships. They were able to do things to keep the relationship spark alive much easier. They talk more and do more activities together as well than those who have kids. This is not the entire findings of the study however. This is where it gets more interesting.

Things changed a bit however when the same couples who spoke about how happy their interpersonal sexual relationship with another human being was were spoken to about how they felt about their lives over all. Mothers who rated less happy in their relationships, were still happier overall than anyone else in the study. Women without children who are happy in their relationship were the least happy over all.  For men it didn't make much difference as men without kids were only slightly less happy overall than those with kids. Findings showed what we should all be doing if we have a partner. The most important factor in a healthy and strong relationship was showing your partner appreciation. Saying thank you makes a big difference in satisfaction with the person whom you chose to spend your life with.

Another interesting factor in the study was that those who had been through an extremely painful breakup or a divorce, learned from it and were more likely to take those extra steps to make their current relationship better. They had a markedly higher appreciation for having someone in their life then those who had never gone through a horrible break up or a divorce. They treated their partners much better than those without a similar experience. Dr Jacqui Gabb noted that “This is a shift away from the idea that they are just failed relationships to be put in a cupboard and forgotten about,” “It shows they have learnt something through them, therefore it can be an enriching experience.”

That's right, having dealt with pain before makes you a more enlightened and attentive partner. You know what definitely does not work in a relationship and have the knowledge of what to do this time to make this relationship last. It stopped that notion that someone that has gone through a divorce has emotional baggage and should not be given a chance. It's those life experiences that teach you how to treat other people in your life. Don’t dismiss a potentially awesome person because they have had prior pain in their lives. They may just be more empathetic and careful with your feelings and needs. This may prove true as my ex had his longest relationship of a year and three months over a decade prior. He probably should have appreciated the woman although who had baggage myself, was willing to give him a chance long term when other women cast him aside.

Take the Time to Show you Care

The study shows overall that regardless of your situation in life, that taking the time to show someone that you care, pays off. It shows that couples with children need to take those extra steps to maintain their relationship. Whether it's sending texts throughout the day, cooking your partner dinner or saying thank you for being there for them, the little things lead to big happiness overall. Sexually, do not let the spark go out. Sex only can get better with time if you make time for it. It doesn’t matter if you have kids or not. Sex is a huge part of a relationship and making time to keep it interesting and often can really be a huge factor in both partners remaining happy with each other. All couples are different as well as all people have different levels of sex drives. Find what works for you and make time for it.

Try Lucky Lady Charm Online for Free As human beings, be enjoy flashing lights, sounds colors and the feeling of winning. It gives us a fee... 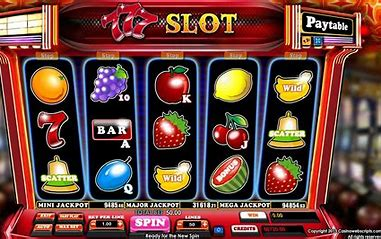